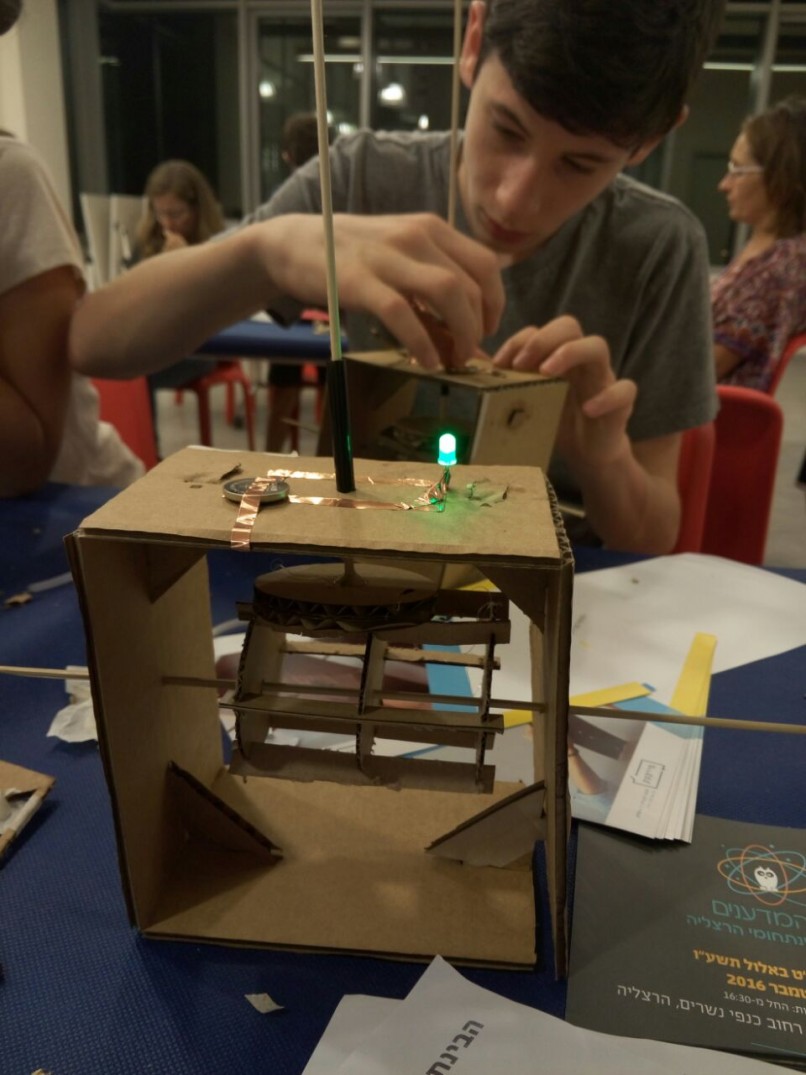 This September, the Interdisciplinary Center (IDC) in Herzliya joined campuses across Israel in celebrating ‘Scientist Night’. This year’s trending theme was ‘gaming and gamification’. Leading the charge was the IDC’s flagship Media Innovation Lab (miLaB), where I had the privilege of co-hosting our workshop.

Sixty kids and their parents attended our ‘Making workshop’ in three different sessions.
The workshop gave young visitors and their parents a taste of what our educational philosophy encapsulates. We demonstrated scaffolding to our visitors by letting them build automata, and a working circuit by themselves.
Yasmin Keats, a 2nd year Business administration student, and a designer-researcher in the Maketec team, conducted our orchestra of 3D printers and laser cutters, which fumed by the end, having worked ceaselessly the whole day long.
The ‘Scientist Night’ workshop justified the decision to allow only children into the Maketec‘s daily activity, in Beit-Ariela library in Tel-Aviv; parents were sometimes over-instructive in this joint activity. Instead, studies suggest teaching with ‘scaffolds’, laying down a support on which the learner may climb. Don’t carry the child – he or she must make that climb, to reap the full benefits.

During the course of events, we also collected preliminary data that will serve as a basis for this year’s research.’miLAB’ director and founder, Dr. Oren Zuckerman was nowhere to be found throughout – a powerful vote of confidence in our new team. His faith was well-founded – the workshop was a great success, the first of many for the creative education team.